There are 8 species of the Pelican, and the Brown Pelican is the smallest of them. It ranges in length from 42 to 54 inches long. It weighs from 6 to 12 pounds. It has a grand wingspan though that can range from 6 to just over 8 feet.

The body of the Brown Pelican is very round and short. They have feathers that are various shades of light and dark brown. They also have dark gray at the top of them and white at the tips. The neck is long and white in color with gold on the brown of the head. They have a very look bill that is white at the top and then orangish red at the tip. They have black webbed feet.

The Brown Pelican is mainly found living on the Pacific, Atlantic, and Gulf coasts. They are also found living in high numbers around the Amazon River. Some of the younger birds tend to stay around the lakes that offer freshwater.

For those that live in areas where it gets cold part of the year, they will take part in migrating. They tend to stick around areas that offer them warm water for that period of time until they return to their natural habitat.

They are frequently found living in small groups. They will fly in a single file line. They tend to fly very low over the surface of the water. This helps them to be able to recognize various sources of food that may be available. They are very social and they develop a hierarchy within those groups. 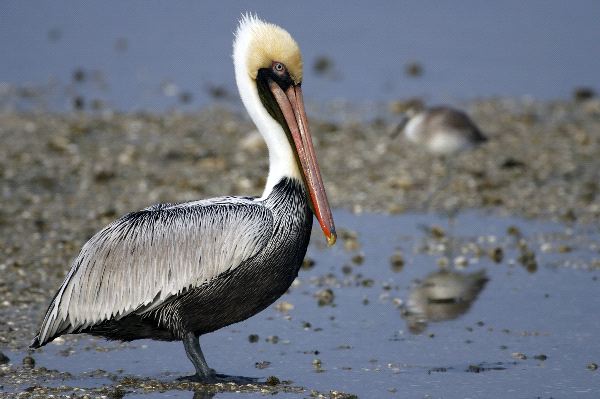 Fish make up almost all of the diet for the Brown Pelican. They are very fast at diving from the air into the water to get them. They have amazing vision that enables them to see through the water. They also eat a variety of amphibians and crustaceans. They will eat heavily when they can. If the stomach is full they will store up extra food in their bill. Once the stomach has digested some of what is in it then they will swallow a portion of what is in the bill.

Mating occurs in March and April. Couples will stay together for life so it can be time consuming for those that are newly ready to mate to decide on a mate. There can be lots of calls, dance rituals, and even the sharing of food before they decide to mate.

Most of the time a female will offer 3 eggs into the nest. Both parents will help with creating the nest. This bird tends to nest in colonies so there will be plenty of other pairs around the same location. They may nest on the ground or in very low parts of trees. It takes about 28 to 30 days for the young to arrive. During that incubation period the male and female will take turns caring for the eggs.

Feeding the young is a very hard job at times for the adults. They will be cared for from 8 to 10 months. During that period of time each of them can consume up to 150 pounds of fish! This means both of the parents can spend many hours a day finding food and then taking it back to the nest for their young to consume. 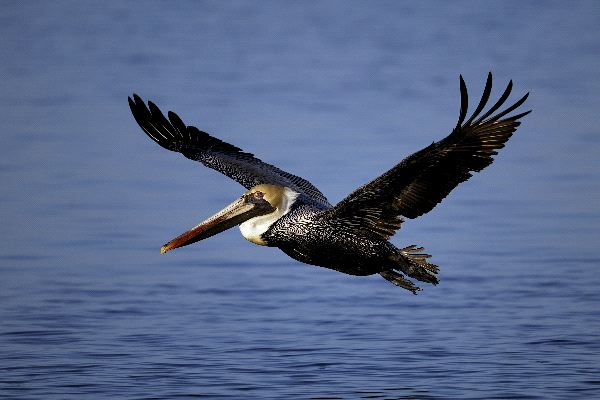