The Brown Hyena plays an important role in eliminating the remains of old carcasses from its environment. They are aggressive and the difference between the sexes is the males may be larger than females.

The Brown Hyena can be quite large in size. Adult males may weigh up to 96 pounds and be up to 35 inches tall. The females are smaller with a weight about 89 pounds and a height of about 28 inches. They have short muzzle with very sharp teeth and long legs that are quite powerful.

There are several locations where the Brown Hyena is known to live. They are native to Ethiopia. They like regions that are hot and dry. They are able to survive in areas that are too harsh for many other types of animals to be able to live. They are found in a few areas of South Africa including the Kalahari and Namib Deserts.

The Brown Hyena is social and lives mainly in a small clan with a hierarchy that is very complex. Sometimes there are males out there alone that have been isolated from a clan or they want to start their own clan.

There is a fierce rivalry between them and the various forms of big cats that live in the wild. They often fight for the same food sources and hunting grounds. Their territory often overlaps which brings them into contact with each other often. 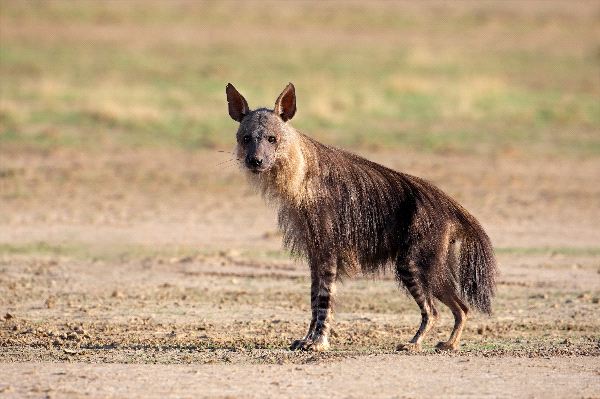 This particular animal is a scavenger and it often dines on the remains of kills from other animals. It is able to digest food that would make many other predators out there ill or kill them. As a result they help take care of carcasses that would otherwise be left in the hot desert sun to rot.

When necessary the Brown Hyena will also hunt. They are quite skilled and they are able to take down antelopes and zebras. They are able to do so along or with a group that allows them to strategize their hunting techniques.

Mating for the Brown Hyena usually takes place around 2 ½ years of age. There is no set mating season. However, when food and habitat are plentiful they are more likely to take part in this activity. There can be plenty of conflict within a group of them for mating rights.

Bachelor males often looking to mate with females that belong to clans and that can result in conflicts. They will have to fight the males of that group if they are going to be able to successfully mate with a female that belongs to it.

Once mating has occurred, the female will give birth to 1 to 5 pups about 97 days later. The female will isolate herself from the rest of the group before the young are born. They will stay in the den with her for several weeks before they emerge to join the rest of the clan. They will drink milk from their mother for the first 14 months. When they are 15 months old they will have to take care of their own needs. 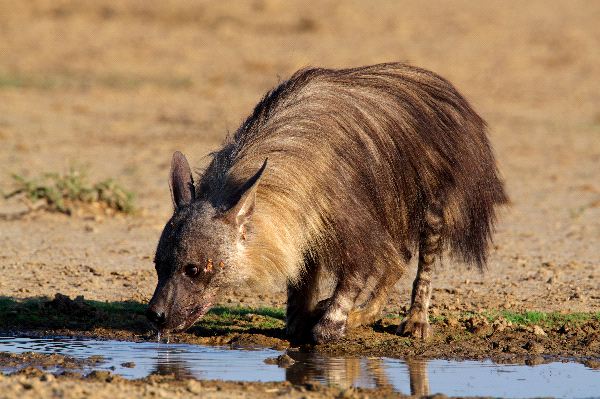