The Brown Bear is often mistaken for a Grizzly Bear, which is a subspecies, due to the resemblance in their physical appearance. Don’t let the name itself fool you though as brown bears can be brown, blonde, and even almost black in color.

The dimensions of the brown bear ranges greatly according to the subspecies, and living location. They can stand at an average size of about 5.6 to 9.2 feet tall for full grown males. Also, there is a big difference in the weight of the adults though. While the males for the smallest subspecies like the Eurasian Brown Bear can be only 200 pounds, the largest subspecies like the Kodiak bear can be in average 1500 pounds with a heaviest recorded weigh of 2,500 pounds. Females are about 30% less of that dimensions.

The Brown Bear is the most widely distributed of all bears, subspecies can be found in the various regions of Asia, North America, and Europe. Russia, Canada, and colder parts of the United States, mostly Alaska, have the largest populations as they offer plenty of places for them to reside. In these areas they can be found living in the mountains, the alpine meadows, and close to the rivers. Countries like Romania, Ukraine, Slovakia, Finland, Sweden, the Balkans and some other countries are also places where you can find them.

Like other bears, they like to be left alone. They will only come into contact with each other by chance, for mating, or when they take care of their young in case of females. You will often hear brown bears making grunts and roars. This is their way of communicating with others as well as making it known that they have claimed a given part of territory as their own.

Brown bears are primarily nocturnal, although they are not full hibernators they begin a period of inactivity in October to December and resume activity in March to May, depending on the location and weather conditions. They will find a cave or dig a den to spend those winter months. During this period of time their heart rate and body temperature drop a few degrees. 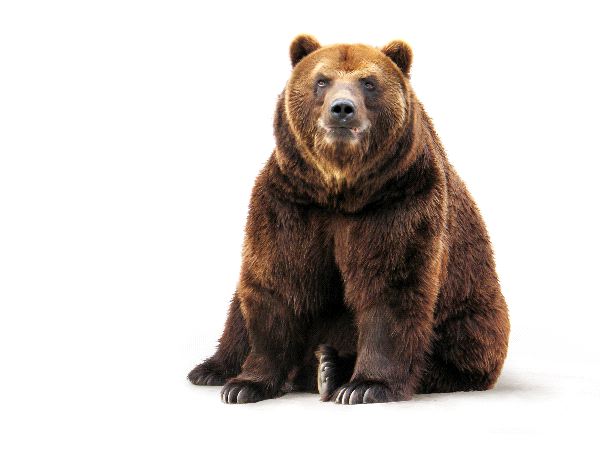 Brown Bears are omnivores and they aren’t picky when it comes to finding food. Their main sources include berries, roots, sprouts and fungi, as well as meat products. Those that live close to bodies of water will often consume large amounts of fish. It isn’t uncommon for their diet to also consist of different small mammals that they happen to come across as well, however they can easily consume a good percentage of their diet from vegetable matter.
Some subspecies are more carnivorous than others, especially those in locations with more fauna to prey on like the Canadian Rockies.

These bears mate from May through July and they will spend about a week or two with each other. Mating takes place very often during that period of time to help ensure conception. The females are ready to mate at about five-seven years of age. The males are usually eight or older due to the competition they have with other males before they are able to mate.

It takes about six months from conception to the time the fetus start developing in the uterus due to the process of delayed implantation. After that, it takes 8 weeks for the young to be born. By this time the mother is on her own again and hibernating in a den. The young instinctively are able to find their way to feed from her body. Her offspring will be born while she is in the den. Generally she will give birth to two cubs.

The mortality rate is very high in some places with more high percentage of the young dying before they are one year old. Cubs remain with their mother form two to four years as adult male bears are a huge threat.

Both in the wild and in captivity, there have been instances of the Brown Bear mating with the Polar Bear. DNA evidence has concluded these are the two involved creating a hybrid. This is extremely rare, but there is evidence that have occurred.

There are more Brown Bears that most other species so they aren’t protected as much. It is believed there are about 200,000 of them remaining in the wild. Still, some conservation efforts have occurred. Most of them involve protecting the natural environment for them. 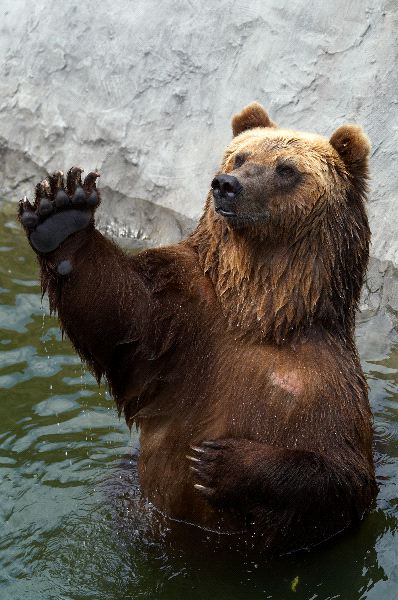 Attacks on humans from Brown Bears are rare but they do occur. These animals are very curious about things around them or food that is left out. When camping in areas where they live you need to make sure you don’t leave anything open that may attract them.