The largest whale in the world is the Blue Whale. In fact, it is the largest animal in the world! This is a Baleen Whale and due to the enormous size it is one of the whales that people seem to have a very keen interest in. Scientist’s has identified three subspecies, and there could be several more. However, testing and evidence still has to be further reviewed before such a determination can be made. They are usually moving slowly in the water around 12 miles per hour. However, they can move up to 31 miles per hour for a short period of time.

A full grown Blue Whale can be up to 98 feet long and they can weigh up to 200,000 pounds! To get an idea of just how big they are, their heart can be as heavy as a car. Their tongue can be as heavy as an elephant! They feature a head that is very flat. It features a U shape and there is a ridge on top that is very prominent. They have two blowholes.

The body is very slender and long. Due to how long they are, their bodies tend to look stretched out when you compare them to the stocky build of other whale species. This body though allows them to move with ease through the water and not waste lots of energy to do so. They are dark blue in color with dark gray. The underside is a lighter blue and lighter shade of gray.

They have baleen plates that are very thick, and there are approximately 300 of them, each being about 3 feet in length. There are from 70 to 118 grooves through the throat that help to remove water from the mouth. They do have a dorsal fin, but it is very small. It is really only seen briefly when the Blue Whale dives out of the water. They have very long flippers, from 10 to 13 feet long. The upper sides of them are gray and the lower sides are white.

At one time, the Blue Whale was found living in all the oceans around the world. They no longer live in the Arctic Ocean though. Today, their habitat has been greatly diminished due to whaling. They are found living in sub-tropical and sub-polar regions. In the spring, they migrate to benefit from the large production of zooplankton in given locations for the summer.

They move towards the sub-tropics in the fall so that they can save energy as they fast. This also prevents the large whales from becoming trapped due to large areas of ice. While the majority of them do migrate annually, there are observations of some of them remaining in the same location all year long. Their migrational routes can vary annually too. The Gulf of St. Lawrence is a common location due to the abundance of krill.

They tend to stay in coastal waters, but they have been seen offshore as well. They are separated into three populations based on location: Southern Hemisphere, North Pacific, and North Atlantic. 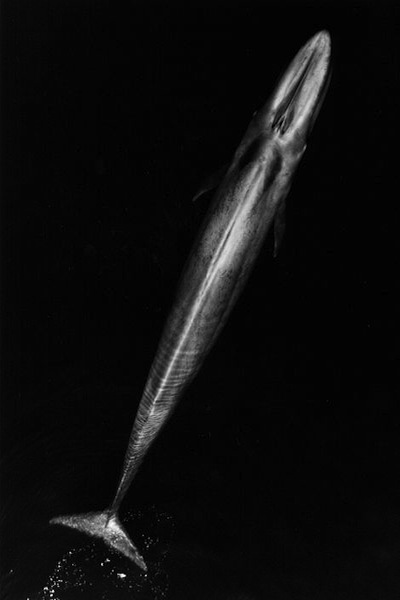 Most of the time, the Blue Whale is found living alone or as a pair. They may be seen at times in very small groups, but that is generally during migration. They are believed to be among the loudest of all creatures in the world when it comes to their vocalizations. They can hear each other up to 1,000 miles away! They use vocalization to communicate but also to help them navigate in the dark waters.

They are able to remain under the water for up to 20 minutes and then come up for air. They usually will only dive for about half that time though. They can dive very deeply, and will often do so in order to find sufficient amounts of food.

The diet for the Blue Whale is mainly small crustaceans called krill. They can consume up to 4 tons of it per day! Small species of fish can also be part of their diet. They rely on their filtering system to help them take in lots of water and food. Then they expel the water and the food resources stay. The tongue is rough and that allows the food to be swallowed whole.

They are quite opportunistic when it comes to feeding so that they have enough fat reserves, called blubber. They rely on that fat when they fast as they migrate. This is why finding enough food the rest of the year is vital to their survival.

There seems to be a lack of information when it comes to the mating rituals of the Blue Whale. Their vocalizations may play a huge role in determining mates. Usually mating will occur in the winter months. The age of maturity for mating ranges from 5 to 15 years. Females will mate every 2 or 3 years. After mating, it takes from10 to 12 months for the calf to be born. They will consume milk from the mother’s body for about 6 to 7 months. During that period of time, they will drink approximately 100 gallons of milk!

The young calves can be up to 25 feet long and weigh as much as 3 tons when they are born. During the first year of life, they can gain up to 200 pounds per day! It is believed that the Blue Whale can live to be at least 100 years of age in the wild.

The survival of the Blue Whale has been an ongoing battle. By 1966 they were almost hunted to the point of extinction. That is when protection went into place for them. The last data given for their population is from 2002 and it indicates anywhere from 5,000 to 12,000 of them living in the wild. Conservation efforts in place focus on preventing illegal hunting, reducing pollution, and reducing the risk of the Blue Whales being injured or killed due to collisions with vessels in the water.