One of the most interesting looking birds is the Blue-Footed Booby. In fact some will say it is entertaining. It is about 32 inches tall with a wingspan up to 5 feet wide. They have been observed in a variety of locations and engaging in various funny scenarios such as when they try to walk around.

Of course by the name you already know that they have blue feet. They are a light blue color. The females are larger than males in body size. Both genders have dark colored wings and a dark top of the head. They also have a white or cream color down the front and on the rest of the wings. They have a pointed beak.

They are mainly a marine bird, and they will only be on land for mating and for raising their young. They are found in the warmer regions around bodies of water. They need to be around water to get their food resources. They tend to live in areas that offer warmer bodies of water.

They usually don’t migrate due to the fact that they already live in very warm areas. However, they may change their habitat location if they can’t find a mate, can’t find a place to nest, or they are struggling to find enough food.

Watching the Blue-Footed Booby on land is very entertaining. They are awkward when they walk and sway from side to side. This is why they aren’t on land very much at all. The majority of that time will be when they have young to care for.

The males and the females can be very vocal. They tend to be loners with the exception of mating and caring for young. The males may give out loud whistles to get the attention of the females. The females often respond to tell the male that she is interested. 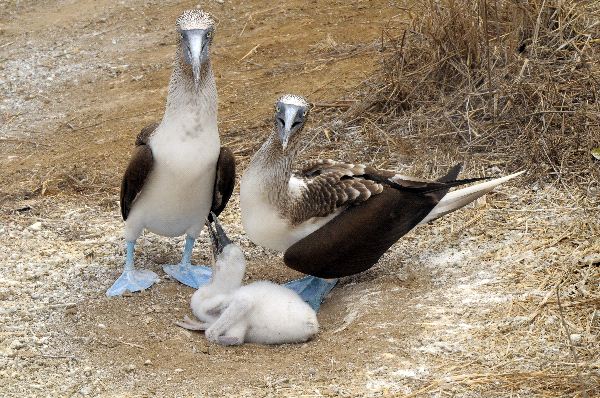 The Blue-Footed Booby dives at top speeds towards the water to get food. They will find fish this way and consume them rapidly. They have been seen getting fish that are jumping in the air too. It is believed that fish are the only food that they consume. They may have to dive deep into the water at times to get the fish. They have amazing speed and vision that allows them to be able to find enough food.

The Blue-Footed Booby typically will hunt alone for fish but they have been seen hunting as groups. After they find their food they will eat it alone and not interact with the others in their hunting group.

Mating is very comical for the Blue-Footed Booby as well. The male will dance around on one foot. He will be stomping and turning with his wings outward. This is all to attract the female. After mating the female will lay 2 or 3 eggs. Both parents will work to create a nest for them to be safe in.

This is one of the few species of birds that will do its best to care for all of the young. Even if that means that the parents are exhausted in their efforts to bring them plenty of food. It is believed that this particular characteristic enables more of the Blue-Footed Booby to reach the age of maturity. 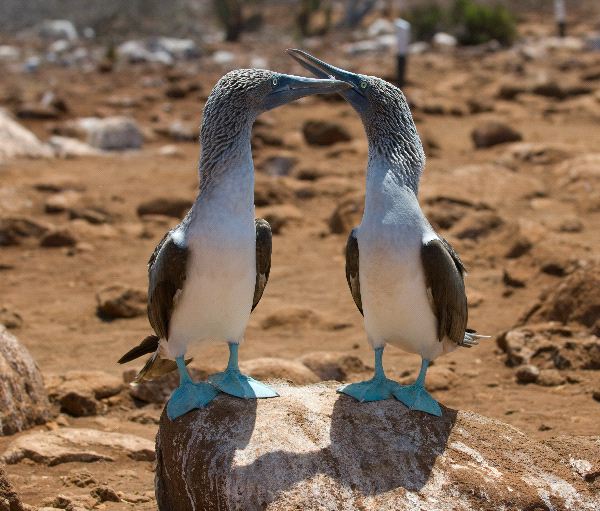