In 1991 experts were able to confirm that the Black-Footed Ferret was living in areas of Wyoming. It was a very exciting discover because it had long been believed that they were extinct. DNA samples though confirmed that there were still some of them remaining. That initiated a great deal of interest in observing them and learning more about them.

The Black-Footed Ferret has feet that are black in color and that is where their name comes from. They have a long body with fur that can be shades of brown, black, and white. They have a long tail that is bushy. They have round ears that are very short and very sharp claws.

They have scent glands located under that tail that they use for marking their territory. They have large eyes and a very small nose. Their appearance often gives them the look of a very inquisitive creature. They usually weigh about 2.5 pounds and they can be up to 25 inches long.

The find of the Black-Footed Ferret in Wyoming in 1981 was something that experts were amazed by. It also encouraged them to start looking around to see where else they may be living. They live on the open prairie and their colors blend in very well with their surroundings. This offers them plenty of protection. They rely on their vision and ability to smell very well to help them avoid predators.

The sharp claws of the Black-Footed Ferret allow them to create tunnels that they use for shelter. They can run to them when they feel there is some type of danger around them. They are typically nocturnal which means they are active at night. There may be times though when you do see them active during the day. This is often a sign that they are struggling to find enough food or shelter. Male seem to be more active than females based on observations from experts. 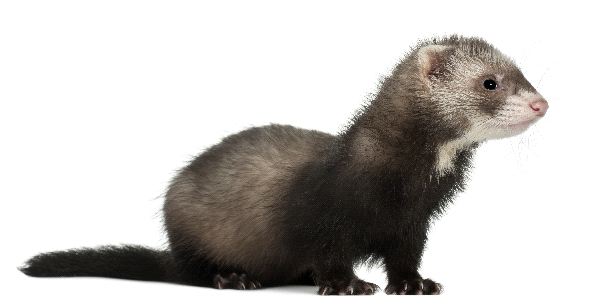 The Black-Footed Ferret often finds food under the ground. They have elaborate tunnels that allow them to have more than one entrance and exit into their shelters. They store extra food in their burrows too. This helps them to be able to survive during the winter when it becomes increasingly difficult to find enough food.

The mating for the Black-Footed Ferret in the wild isn’t really understood since it occurs in their burrows. It is estimated that they start mating when they are about 1 year old.  It is believed that the scent glands allow the female to offer additional odors during mating that attracts the male to her. March and April are usually the times for mating.

She will create a safe place in her burrow for the young to be born in. They are born in about 1 month. The young are well cared for and will consume milk from her body. The average size of the litter is 3. They are blind and unable to care for their own needs at birth. They will open their eyes when they are about a month old.

They are very playful and will take part in wrestling and other forms of play with their siblings. This type of play though also helps them to create a hierarchy among themselves. When they are a few months old they will start going above ground with their mother. She will bring them meat as she starts to wean them but eventually she will take them hunting for their own food. 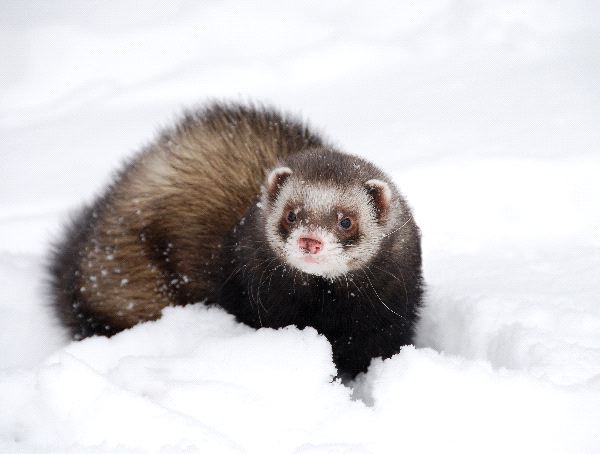 The future for the Black-Footed Ferret is very uncertain. Right now they are considered to be one of the most endangered animals in the world. Even with very aggressive conservation efforts to help protect their habitat and breeding programs it isn’t certain that it will be enough to save them.