The Bison is a very large animal that has thick brownish fur. They are often called the American Buffalo. They have a very large head with two horns that grow longer as they get older. They will use those horns to fight with other males for mating and for hierarchy. They move very slowly and they are often seen rolling around in the dirt or the mud as a means of cooling the body.

The temperament of a Bison can be unpredictable. They don’t have very good vision so they can attack what they deem may be a threat. When they feel that they are at risk they can move at a speed of up to 35 miles per hour. Most of the time the Bison spends their time  grazing and consuming grass. 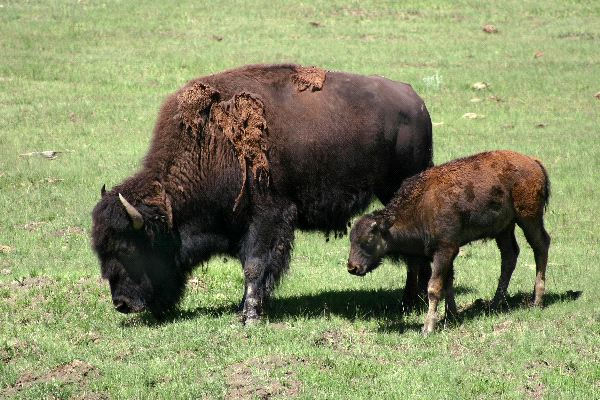