The name says it all for the Bighorn Sheep. They have horns that curve inward and that are very powerful. They can have about 30 pounds of horns with their overall body size being up to 300 pounds. The horns of the females are much shorter than the mature males. They can be up to 41 inches tall and over 80 inches long. The females are about 185 pounds though and about 36 inches tall and up to 67 inches in length.

They are white and brown in color. They blend in well with their surroundings so what they offer depends on where they live. They have very long legs with powerful hooves. They are able to grip and to move with ease over their terrain. The rump is white in color.

They live in many regions found throughout North America. A vast number of them live around Baja California. Some live in Alaska and others are found around Canada. There are also those that range into areas of Southern Mexico. A smaller number of them are able to live in desert regions of California and Nevada. Those found in the Rocky Mountains are often much larger than the norm – with males up to 500 pounds.

They have no problems living on sand, grassland, and in the rocky mountain terrain. However, they tend to stick to places where there is less snowfall. In the winter they may migrate to avoid heavy snowfall because it is very hard for them to walk through it.

The Bighorn Sheep is known for being very aggressive. They use their horns to ram each other. This is often done by the males to be able to defend their territory. They also fight with each other to be able to win the right to mate with the available females.

They live in herds and they are very susceptible to various health problems including pneumonia. Large numbers of them have died due to such health problems. They seem to become more susceptible due to human problems when they share the same land areas. 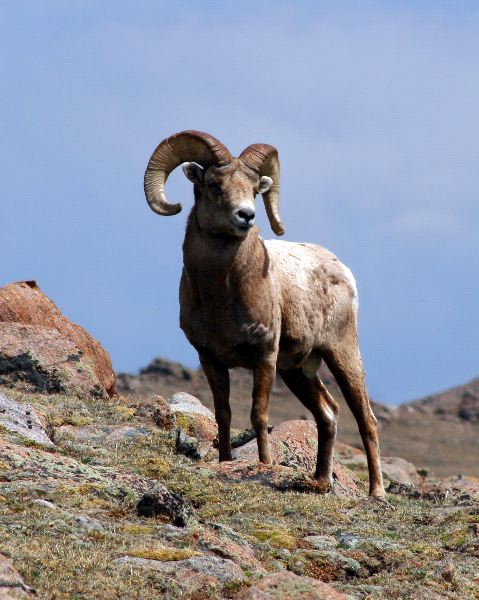 Grass and shrubs are the main sources of food for them. They look for elements that offer them salt as well. In the winter they may need to dig to be able to get to the food that they are looking for. Eating and resting at regular intervals are important to help with the digestion system. They can spend many hours every day eating.

The mating season is called the rut. The males will fight to determine their hierarchy of their dominance. That is when the bashing of the horns of the males will take place. Females also have a hierarchy that is based upon their age. They often fight for social status but not for mating status.

The males will court the females by following her around. He may do this for several days so that she become more receptive to him. Sometimes the rams will fight in front of the females too and that is seen as a type of defense in their recognition that they are encouraged to mate by.

After mating it takes about 6 months for the young to arrive. November is the time for mating and most of the young are born in May. They will go to high areas that are difficult for predators to get to. This enables them to protect their young as best as they can during the young times of their life. There is usually only 1 lamb born at a time but there have been some twins. They will be weaned at about 6 months. 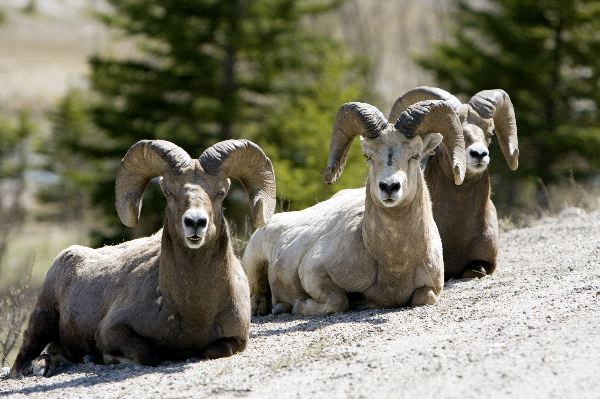