Of all the members of the cat family, the tiger is regarded as the strongest and most powerful. One of the well-known tiger subspecies is the Bengal Tiger. Due to where they live, they are often referred to as Indian Tigers. They are the most commonly known tigers. They account for approximately ½ of all the wild tigers remaining in the world. They are also well known in the Indian traditions and folklore.

The deep orange color of the Bengal Tiger is one that is quite attractive. They also have wide black stripes that help them to blend into their surroundings. No two of them have the same markings in terms of the size and location of the stripes. This distinction can help them to be able to be easily identified by researchers. The males can weigh up to 488 pounds with the females weighing about 308 pounds. The tails of the Bengal Tigers can be up to 43 inches long.

The White Tiger isn’t identified as a subspecies of the tiger. Instead, it is believed to be a recessive gene belonging to the Bengal Tiger that creates that coloring. There are very few of them that survive in the wild because they don’t have the camouflage to help them blend into their surroundings. Most of them have been bred in zoos and other locations but the problem is that it weakens the genetic pool for them. As a result, continued breeding of them in captivity isn’t recommended.

India is the primary location where you will find the Bengal Tiger living in the wild. They are also located in areas of China and Bangladesh. They live in both wet and dry forest regions, grasslands, and even mangrove forests. Some of them live around the mountain terrain. They are often found in locations around water. They may drag their food to the water or they may cool off in the water when it is hot. The water also allows them to find food easier as prey will come to those locations to drink.

Like other subspecies, the Bengal tiger lives an isolated existence. The only exceptions are when they are mating or when the females have young to care for. They are very aggressive tigers and they often have large home range territories. This is why destruction of their habitat is such a huge problem. They will mark their territory with their scent to keep intruders out. Females will have a smaller home range and it often overlaps the territory or several males. 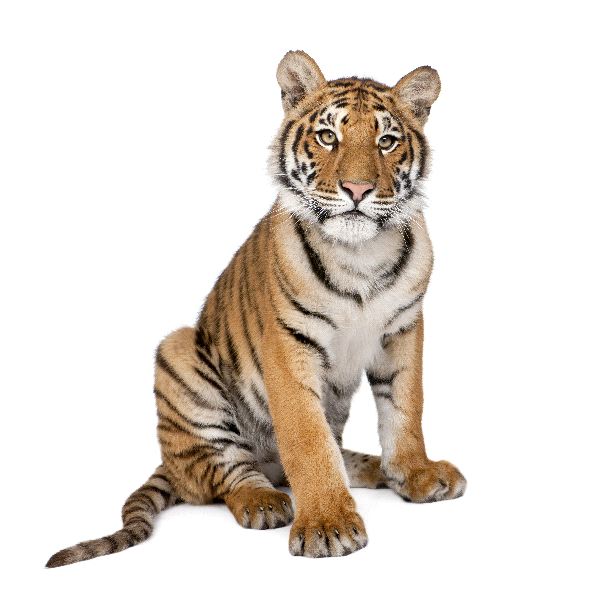 The Bengal Tiger will rarely hunt during the day, finding their food sources at night. They consume a variety of medium and large animals. They can include buffalo, wild pigs, and deer. They are able to hide well in the environment due to their markings that serve as camouflage. They are able to quickly spring into action to get their prey. With speed and powerful jaws on their side they can deeply bite the neck of their prey and then take them down. They can eat up to 60 pounds of meat at once!

Even though most of the do avoid humans, they have been known to attack and even to consume them. This type of behavior is mainly those that are too old or that have been injured so they aren’t able to successfully hunt as they normally would. Loss of habitat and lack of food can also be driving factors behind such aggressive behavior as well.

Mating can occur any time of the year. The females are ready to mate when they are 3 or 4 years old. For males it is slightly later, around 4 to 5 years of age. The females will go into estrus for several days at a time. During that period of time, her strong scent will attract males to her. After conception, it will take about 100 days for the young to be born.

The females will have to care for the young on their own as they part ways with the male after mating for a couple of days. There can be up to 6 cubs per litter that they will have in a den to protect them. The young are about 2 pounds at birth and they are blind and helpless. The mother will feed them milk from her body. When they emerge from the den, she will continue to nurse them but also teach them to hunt for food when they are about 6 months old.

The young will become more independent with time. They spend lots of time playing with their siblings but that helps to prepare them for hunting and protecting their territory as adults. There is often a hierarchy among the young from the very start. There is a mortality rate that is about half of the cubs, they won’t make it to adulthood. They will leave their mother to find their own territory when they are about 18 months of age. The males tend to leave their mother sooner than the females and to move a longer distance from their mother. 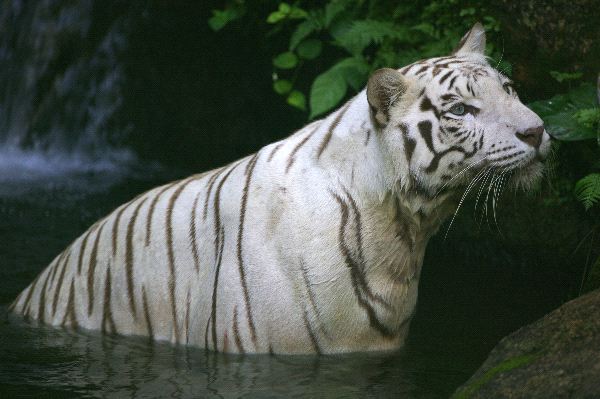 The Bengal Tiger has been heavily hunted by trophy enthusiasts that are looking or a challenge. They have also been poached for their fur and for their body parts to be used in various forms of Chinese medicines. They are currently endangered and there are several protective programs in place to try to help increase their numbers in the wild.

There are believed to be less than 3,000 of these tigers that remain in the wild today. Yet they seem to have the highest numbers of all subspecies of tigers in the world right now. Reducing poaching problems and preserving their current habitat are very important if they are going to be able to survive. They seem to do well in captivity, and there are several breeding programs in the zoos that help to improve the genetic pool as well for Bengal Tigers.