In early times the bear was often honored by some cultures. It was viewed as a symbol of power, strength and even magical powers. In many cultures masks of bears were worn in ceremonies. When these animals were killed for food and to make clothing it was considered an honor. It was believed the gods had put them in place for man to be able to benefit from.

There are plenty of legends and stories involving the bear. Many of them were told to children that passed them on to future generations as well. The stories about men turning into bears seem to be the ones that most people fell in love with. The idea of these large protectors of the wild being an extinction of man was comforting to them.

Some Native American Cultures felt the bear as an animal to be honored. Therefore they felt that the gods had placed the bears on Earth for them to benefit from. The rituals though involve never killing one.

In China, South Korea, Laos and Vietnam, Asian Black Bears have long used bear bile in order to create medicines for their people. Some of them keep those bears in captivity in order to harvest the bile, a digestive juice produced by the liver and stored in the gall bladder. Most of the time those farms keep bears in nasty conditions.

The images of bears in popular culture have helped them to become an icon that most people know about. You do have some very positive images though as well as those that have people scared beyond belief. The teddy bear has been one of the most popular stuffed animals since the early 1900’s. it continues to be a favorite of children as well as many adults.

There are books with the Bearstein Bears, Paddington Bear, and Courdery that have been passed along from one generation to the next. Of course we definitely have to mention Winnie the Pooh and his other friends. These are classic children’s characters that most of them really love. A great cartoon character with a vivid imagination is Little Bear. 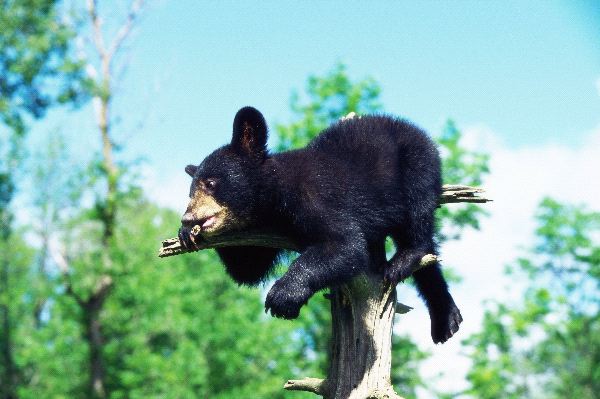 On the other hand you have movies that show bears as being vicious and ready to attack. This gives them a very poor reputation for people to take in. No wonder people are very afraid when they see them in the wild. Many people won’t even hike or camp in the wilderness due to the fear of running into a bear. These negative images can be balanced though with some of the better ones out there.

Disney has a wonderful movie though that depicts both sides of the bear issue. It is called Brother Bear. It tells the story of a boy that doesn’t like bears due to his brother being killed by one. Later, when he is turned into one though, he befriends an orphan bear. He starts to see their quest for survival is one that is endearing and he sees the bear for what they really are which is a mystic creature.

Smokey the Bear is an icon for children as well as for parents. The goal of this character is to help remind people about the dangers of forest fires. There are signs at many camping areas with his picture on it. There are also plenty of public service announcements on TV.

The bear is one well recognized in the United States. It is represented as the State animal for several different states, like California. It has also become the mascot for various teams out there around the world in regards to sports events.

As you can see the bear is very popular in our culture. No matter where in the world someone lives they are familiar with these animals in some way. That is why it is easier to get messages that take hold concerning protecting them than with other types of animals people aren’t as aware of.