The fact that some bears are endangered means that society needs to take a look at their own actions. The reasons why these bears are on the list of endangered animals is among other things, due to fact that their environment is being destroyed and illegal hunting. Tougher laws need to be implemented in both of these areas so that the numbers of these bears can increase instead of dropping as they are right now.

Even tough some countries have solid laws in place it is not enough if they are not properly enforced. It takes a great deal of money and manpower to stop corporations with big money from being able to buy property and using it for housing or other methods of profit on the same land where these bears used to thrive.

In some countries also, it is also very hard to get enough money to pay for law enforcement to follow up on all possible leads for poaching and illegal hunting. The risk of getting caught is often much less than the amount of profit that can be made through engaging in it. This is why so many people, especially in poor economically developed areas continue to take part in it.

Numbers are evident. According to IUCN (International Union for Conservation of Nature) only two out of eight bear species have a stable or increasing population. 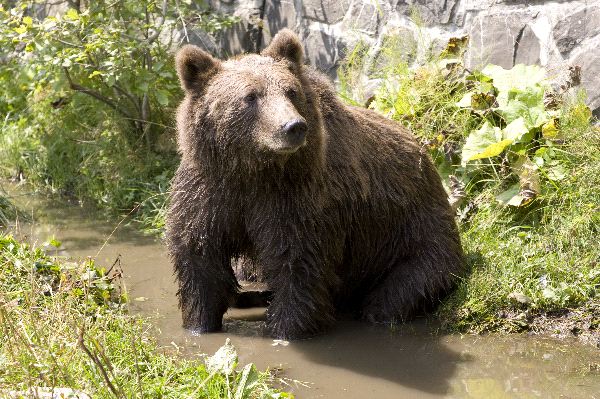 The Panda Bear tops the list of those that are most likely to become extinct. Their homes continue to be eliminated. They also have a very difficult time with the reproduction process, and it is very difficult to breed them in captivity. As a result they are losing numbers of the population but not being able to adequately get them back up again. Only about 1,600 of them remain in the wild in spite of the efforts that have been put in place for conservation.

The Polar Bears are struggling for their own survival as well. Another problem that they are facing is global warming. With the warmer temperatures the ice is melting that they used to walk on to find food sources. There are less than 25,000 of them remaining and many experts argue that the number is as low as 20,000.

There is strong evidence that the population of the Sun Bear has been declining over the past years. Rapid loss of habitat and unstoppable illegal commerce of their parts, confirm this assumption.

The Asian Black Bear has seen a decline of its population in the past century as well. Although there is no precise population estimates, limited surveys have shown this.

While the Sloth Bear isn’t labeled as endangered yet, it is on its way. Right now it is classified as being vulnerable and that is just one step away from seriously low numbers. Some estimates delivered by the IUCN indicate that there are between 10 and 20 thousand left, with a decreasing trend in the population. 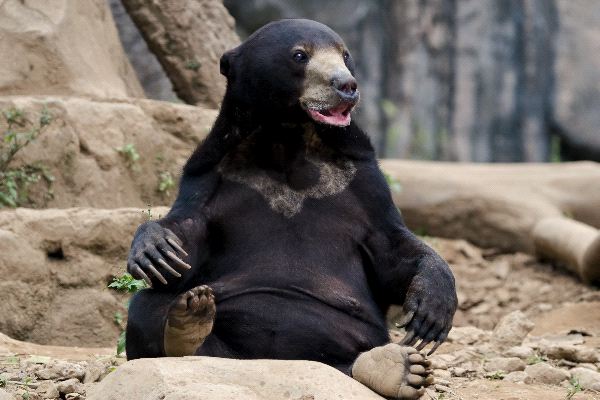 The loss of any of these bears would result in a huge upset to the ecosystems in which they live. Other animals rely on them to help keep a great balance. While they don’t have predators in the wild that feed on them the population of certain animals would increase and that could lead to other problems. The bears also spread seeds for trees and plants to help supply food for other animals in nature as well. As they come across these elements and walk away, more is spread for future growth.

There are some wonderful groups out there doing all they can to protected bears that are endangered. In addition to working to protect land and to stop hunting, they are trying to get the general public out there to realize the facts about bears. There are too many stories about bear attacks and them being aggressive in nature that make it hard for people to take an interest in protecting them.