5 Ways to Spot the Difference in Bear Species 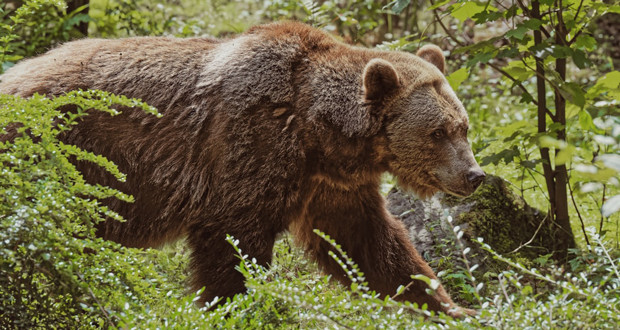 There are eight species of bear worldwide, six of which are endangered—all but the North American Black Bear and the Brown Bear (including Grizzly and Kodiak bears). We can find bears in both North and South America, Europe, and Asia, although different species tend to stick to their habitats.

Bears are a part of the wildlife that is subject to comprehensive study, so it is only natural that there are specialists who observe them. Some people are willing to tie their lives to the study of bears and enter the profession of Zoological Specialist, which involves frequent travel around the world to observe these animals. This specialist can do more than just study bears. But many students choose to prioritize a particular animal during their studies. As part of the profession, you should be prepared to follow all periods of a bear’s life, from the birth of a cub to the advanced age of adults.

So though you may be able to identify bears according to the region in which you find them, you should still know what sets each bear apart from the other. Here are five ways to spot the difference in bear species.

Asiatic Black Bears (Moon Bears), Giant Panda Bears, Sloth Bears, and Sun Bears are all found in different parts of Asia. However, all of these species are endangered, and the populations are protected and monitored closely. Brown Bears are by far the most common European bear, although Polar Bears do grace certain countries closer to the Arctic Circle in Europe, specifically Greenland and Norway. 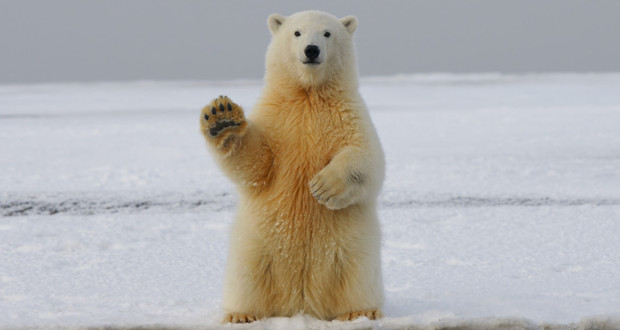 Polar bears stay mainly in the northern part of the continent near the Arctic Circle, inhabiting the entire country of Greenland and parts of Alaska and Canada. Brown bears live in northwestern Canada, Alaska (Kodiak Bears), and parts of some northwestern states in the U.S. (Grizzly Bears).

The U.S. states that have Grizzlies are Washington, northern Utah, and Montana, especially in Yellowstone National Park. American black bears are the most widespread bear in North America, finding a home on both the eastern and western shores, parts of the midwest, and a large section of Mexico. 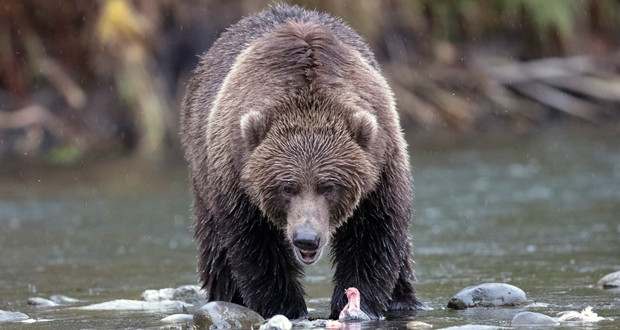 The color of the bear’s fur can be a quick way to make an initial guess about bear species. However, many experts agree that fur color can be deceiving. Black bears can actually have fur that varies from black to brown. The same can be seen in some brown bears with fur that is darker than expected. This variance can result in misidentification when someone doesn’t take into account other factors. This is particularly challenging in North America, where both populations coexist.

Most Asian bears have black fur with some white or light markings on their chests or neck. The exception is the Giant Panda Bear, which usually has white and black fur on its body and its iconic white face with black patches around the eyes.

The Spectacled Bear in South America has distinct fur patterns. These bears typically have fur that is a black-brown or reddish color but has easily identifiable white or light rings on their face. 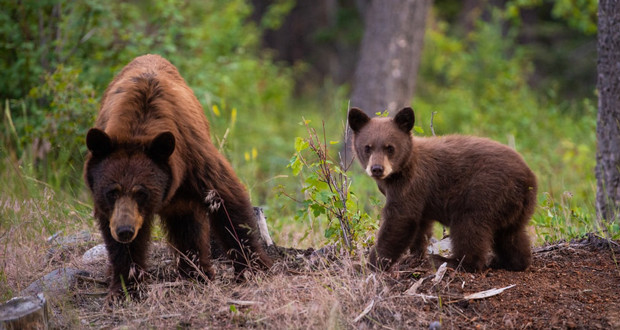 A physical attribute that is easy to notice from a distance is the shape and size of the bear’s shoulders. Brown bears have pronounced shoulders that look like a hump on their back behind their neck. Black bears are missing this. From the back of their neck to their rump looks more like a straight line. A brown bear’s rump is typically in line with its front shoulders, sometimes even a bit higher. In comparison, the brown bear’s rump is significantly lower than its front shoulders.

4. Profile of the Face 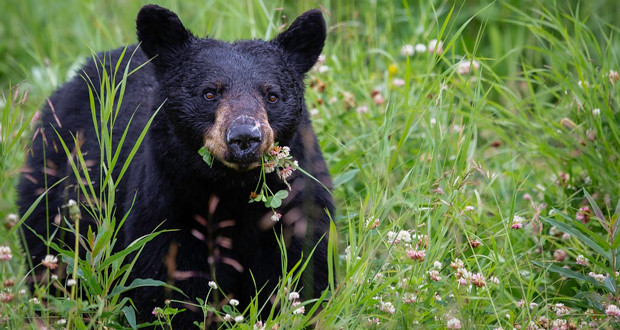 Brown bears have a somewhat concave profile. Their forehead is more pronounced and seems to dip sharply into their long nose. Other noticeable features of their faces include patches of long fur on the underside of their neck and smaller ears.

Black bear profiles are straighter, with their forehead transitioning seamlessly into their nose. Black bears do not possess the long fur under their neck and have significantly bigger ears than their brown counterparts. 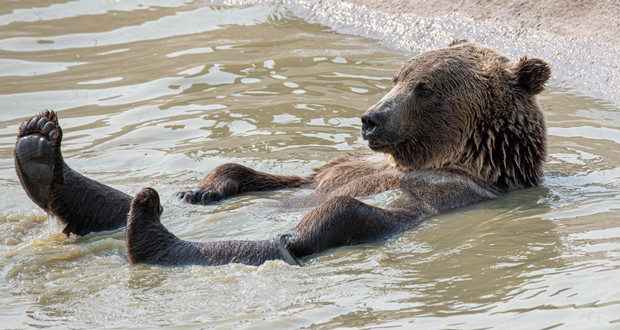 American black bears have shorter claws than brown bears, but those claws are more sharply curved downward. Brown bear claws are much longer but have less of a curve. When looking at a brown bear’s paw prints, you can see the dot from the tip of the nail much further away from the indents of the toes. You will also notice less space between the toes in a brown bear print.

What to Do Now That You Know

Now that you can identify a bear, what do you do when you see one? If you come face-to-face with a grizzly, walk away slowly—don’t turn your back. If it charges, drop to the ground and try to stay quiet. If it’s a black bear, don’t run or turn your back. Make yourself appear as tall and wide as possible and shout. And never cross a mama bear. If you see cubs, get out of there, no matter what the species.