The Beaded Lizard is one of only two species that have a very strong venom that they use. As a result it has long been a type of Lizard that many humans are fearful of. The fact that it is also very large makes it a powerful force to be reckoned with. However, for the most part they are going to be isolated and stay away from people as much as possible. The venom from this Lizard has been used for many different types of health medicines including treating diabetes.

The black and yellow bands on the body of this Lizard are very dark. There are raised bumpy areas on the body and they seem to be like beads which is where the name of this species comes from. They are very hard and scaly adding to the reptile like appearance of this Lizard. They don’t have any smooth areas like so many other species of Lizards do.

They range in length from 24 to 36 inches long. The males are a bit larger than the females but not enough to be able to use their physical size as a way to tell them apart. The bodies are very stocky and the Beaded Lizard has a very broad head. The tail is very short and that is where they will store additional fat for the winter months. Therefore the girth of it can change based on the seasons.

The two main locations of the Beaded Lizard are Mexico and the Southern part of Guatemala. They live in the desert regions where it is very hot and where very few other types of living creatures are able to survive.

In spite of their size the Beaded Lizard is a very good climber. They spend a great deal of time in the trees as that is a great place for them to find food. They can be very aggressive with each other so their home range can be more than 1 mile in distance. They will move along steadily looking for large amounts of food to consume. 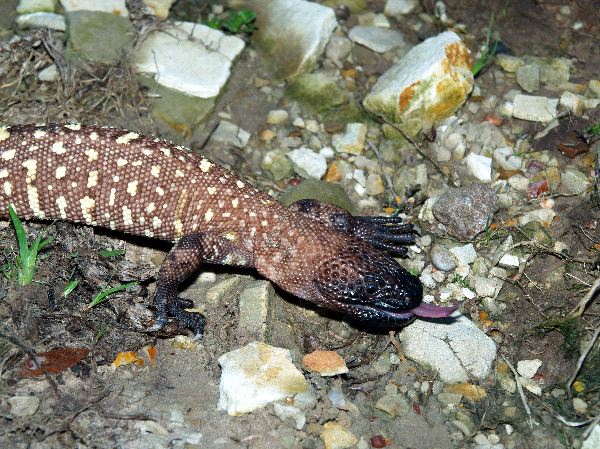 The majority of the diet for the Beaded Lizard comes from eggs that they find. They are very good hunters and they don’t care what type of animal those eggs they come across belong to. Many of them are Lizard legs – both of their species and others.

Other items of food that they will consume include small birds, frogs, and insects. They are opportunistic and will take what they can get. They instinctively know that it may be hard to get food later on so they store what they can for when it is scarce.

Sexual maturity occurs for the Beaded Lizard around six years of age for the females and eight years of age for the males. Mating occurs from September through October. The males will spend hours engaged in battles to try to win the right to mate with a female. Once mating takes place the male will leave. The female will have eggs to deposit in December. Her clutch can have from 2 to 30 eggs.

They won’t emerge until July of the following year. Therefore she has to be very picky where she places them. They need to be warm and they also need to be hidden from predators. It is believed that the young Beaded Lizard spends up to three years after birth under the ground.

This increases the chances of survival and allows it to grow substantially before it is seen on land or in the trees. The numbers of this species of Lizard are very low as they are often hunted due to villagers that are very superstitious about their presence. 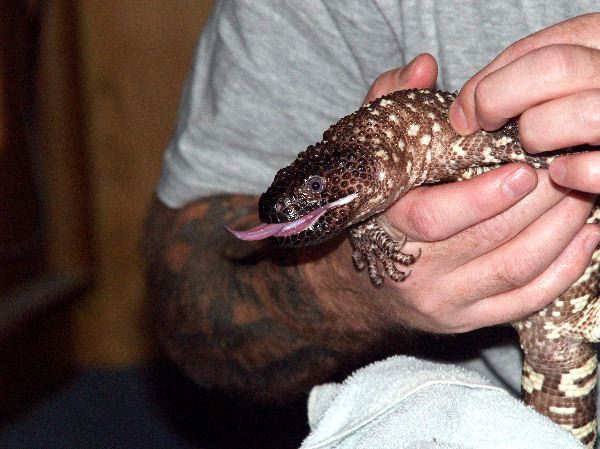