The Bald Eagle is a symbol of strength and freedom in the USA. It is a majestic bird that is very graceful in flight. There are many Native American cultures that consider the Bald Eagle to be a messenger between gods and humans. They aren’t actually bald though as their name states. Instead it is white. The body is brown and can range from light to dark. They have a long tail that is shaped like a wedge.

The female Bald Eagle is usually about 25% larger than the males. They have bright yellow for the beak and they have powerful legs. They have short toes that offer them sharp talons. They are developed to help them pierce their prey while it is being held by the front toes. They stand tall and have a chest that is puffed out.

North America is the location of the home for the Bald Eagle. They cover most of Alaska and Canada and into Northern Mexico. They are also found all over the 48 continuous states. They rely on old trees that are very tall for their nesting locations. They have to look for durable trees though due to the enormous size of their nests.

The nest of the Bald Eagle is larger than any birds in North America. They can be up to 13 feet deep and 8 feet wide. They can also weigh up to 1 ton. They can fly long distances throughout the day to be able to find food. They can fly at a speed of up to 40 miles per hour. When they dive to get food though that speed can increase to up to 75 miles per hour. 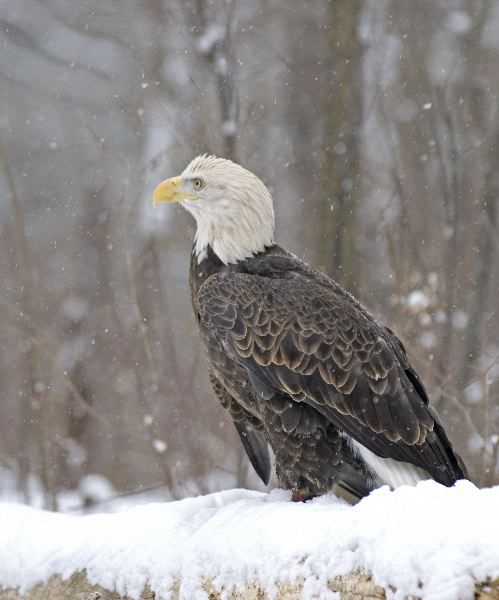 The Bald Eagle relies on their vision to help them get prey. They consume large amounts of fish that they swoop down on from the sky. They use their powerful grip and sharp talons to secure their prey. They will also consume small mammals, snakes, and lizards. They have been known to take small pets too including domestic dogs and cats in some regions.

They are able to mate when they are about 5 years of age. There is no evidence yet that supports the idea that eagles keep the same mate for life. There is sometimes when they copulate out of season.

A variety of calls and displays are used to attract mates to each other. When mating occurs there can be from 1 to 3 eggs. They will both take turns incubating the eggs. The other will be hunting for food. When there are up to 3 young though one of them will be weaker and may not fly at all. It will be the one that doesn’t get attention or food and will die. This is a way for the survival of the fittest and good genetics to continue for the legacy of the Bald Eagle.

In the wild the average life span of a Bald Eagle is over 20 years. In captivity they have been known to live for up to 50 years. Their size and life span is often influenced by location and various environmental factors.

The Bald Eagle was once very close to the brink of extinction during the 20th Century. The protection efforts though have done very well for it. The Bald Eagle was reduced to Threatened since 2005 and the numbers continue to be increasing which is a good sign. 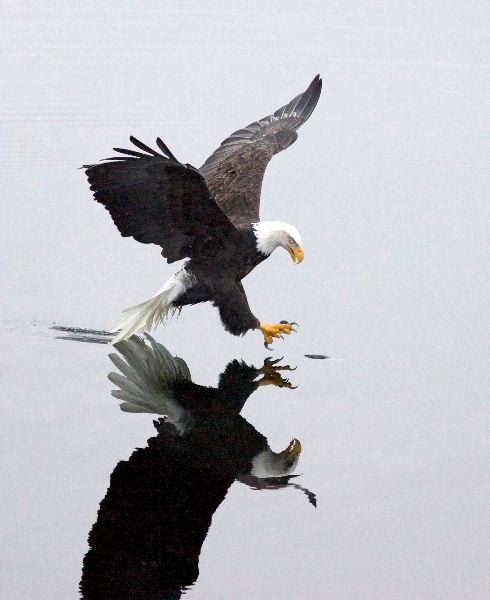