The Andean Condor belongs to a group of birds known as Vultures. They have a very long wing span at about 10 ½ feet. This type of bird has many myths surrounding it. In some cultures it is a well respected bird. In others though this bird is a sign of evil and it should be avoided at all costs.

This particular Vulture is very large and the body is filled out with large black feathers. They have gray and white on the tips of them. The front of the body is also going to have light brown and white under the head. The head is very small and black with a yellow beak. Behind that is an area of white that stands up on their neck.

The Andean Condor lives in the Andes mountains. It is also found along the Pacific coast of South America. They tend to nest very high up– about 16,000 feet from the ground. They tend to nest on ledges that make it very hard for predators to reach them.

The coloring on the head of the Andean Condor can change based on the mood of the bird. They are very intelligent and calculating. They will travel up to 200 miles per day to be able to find enough food to survive on. They often live around each other but there is a complex hierarchy that they adhere to when it comes to food and shelter locations. 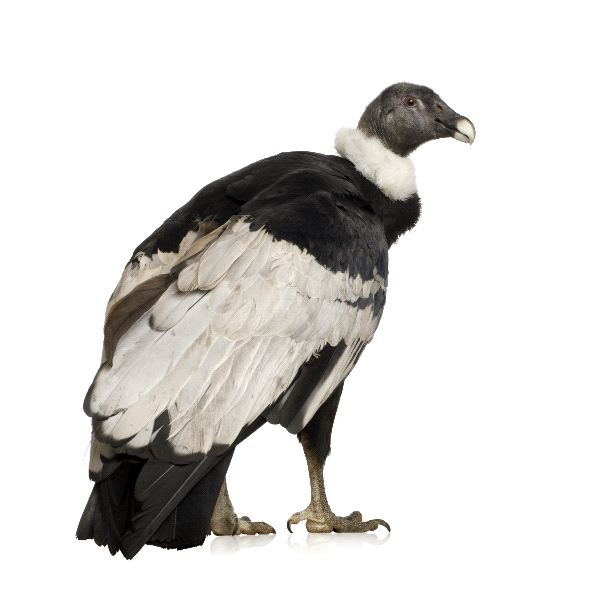 They are scavengers so they won’t be finding food sources to kill. Instead, they take every opportunity that they can to consume the remains of what has died. They look for recently dead animals that haven’t been consumed yet. They also look for remains that other types of predators have left behind. They enjoy eating deer and cattle but they aren’t picky about what they find to consume.

They are able to mate when they are between 5 and 6 years of age. They are very selective when it comes to mating. The males will make sounds and parade around with their chest inflated to get the attention of a female. She will decide if she accepts a male to mate with or not. Once a mate has been selected the two will remain mates for the rest of their lives.

Females can lay one or two eggs at a time. This will often occur in February or early March. However, they only lay eggs every other year. That makes it hard for them to increase in population. To help with this in captivity the researchers usually will remove the eggs from the nest. When they do so the parents can replace it with a second clutch. This allows for more of these birds to be produced than normal.

The parents do take care of their young very well. They will be bringing them food until they can fly at about 6 months of age. The young will stay with the parents for about 2 years and then be on their own for survival. In captivity some Andean Condors have lived up to 80 years. In the wild their life span can be around 50 years. 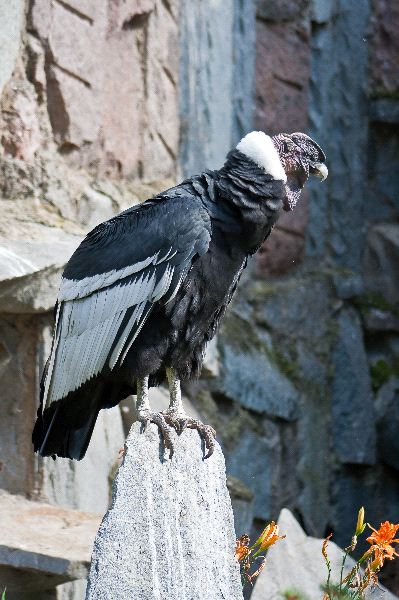 The Andean Condor has been dropping in numbers due to habitat loss and poisoning. Poaching is common in some locations as well. They are considered Near Threatened right now so careful eyes are on the current population. There are also various breeding programs in captivity as an effort to help their numbers to increase.