The Alpaca is a domesticated animal that is very closely related to the Camel family. It is very easy to tame and intelligent. Ideally though it was bred for the quality of the fibers it offers on its coat. It is often confused with the Llama due to various similarities. However, there are enough differences that separate them from each other. First of all, the Alpaca is quite a bit smaller than the Llama. That is why the Alpaca isn’t used for transporting people or items.

The coat of the Alpaca is very wool like and it is well known around the world since it is frequently used for a variety of woven products. They sometimes look like a larger sheep dog. They have colors of white, brown, and black on them. It varies based on genetics. In fact, there are 52 natural colors that are offered around the world from the Alpaca.

The high mountain regions of the Andes, Peru, Ecuador, and in the Northern part of Chile are locations where you will find the Alpaca. They can live in a variety of climates as long as their basic needs are going to be met. 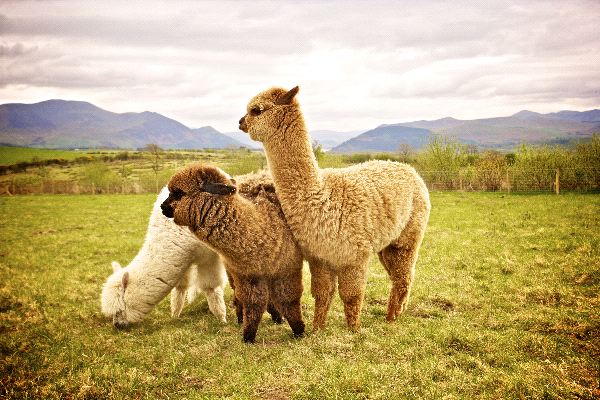 The Alpaca live in large herds with an alpha male that is the leader of it. They can be very territorial and they will allow many females to be part of it as well as their young. This is why the males often fight with each other. If another male comes along and dominates the alpha male he will be able to take over the entire herd.

This animal makes a variety of noises that are sharp and often high pitched. They are used to warn each other of dangers, to warn other males to keep their distance, and even to communicate with the other members. When the Alpaca is content it will make a very low humming sound.

When they feel like they can’t escape small predators they will kick at them. The Alpaca has also been known to spit and kick at people. They are very mild tempered but they can also be stubborn if they aren’t being well cared for. They will almost always spit if they are touched on the legs or the abdomen.

The Alpaca eats a variety of grasses that are available in its natural habitat. Sometimes they are given various types of supplements when they are being raised.

As a side note, they will eliminate their bodily wastes in a community pile. By doing so they will avoid having those elements in their locations where they feed. This process also helps them to stay healthy. It lowers the risk of them developing various forms of internal parasites.

Mating can take place at any time of the year for the Alpaca. This is due to them starting to ovulate when a male takes any interest in a female. Males are ready to mate when they are about 3 years of age. For females it can be as early as 1 year old. Some females develop uterine infections though due to breeding at a young age.

Once mating has occurred the female will carry the young in her body. Gestation can vary from 242 days to 345 days. Most of the time she will only have one at a time but some reports of twins have been documented. The females will feed the young milk from their bodies for about 6 months. Some will be weaned earlier if they are growing very rapidly, usually around 60 pounds.

In many regions the Alpaca and the Llama are intentionally bred. This creates a hybrid called Huarizo. They offer a very good quality of fleece that allows the breeder to get better money for the sell of it. This hybrid is also believed to be very gentle in terms of their overall demeanor. They can live for a period of time up to 20 years. 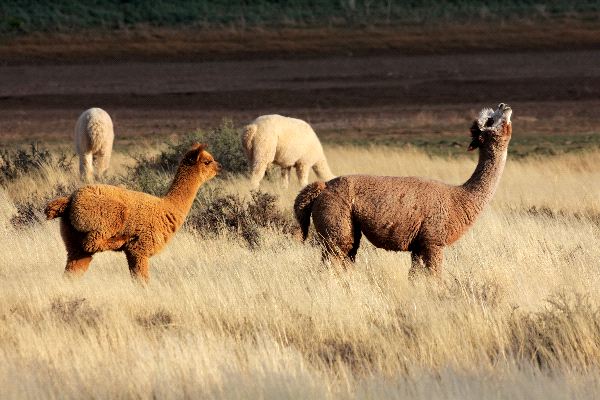