The African Wild Dog can stand about 2 ½ feet tall. Males and females may be up approximately between 39.6 pounds and 79.2 pounds. They have very long legs and powerful jaws. They have a terrible reputation as being very aggressive. However, they are just doing what is instinctive for them to survive in their habitat.

The African Wild Dog resembles a variety of different species of domesticated canines. One significant difference is that they only have four toes on each foot instead of five. Their coat is thicker in the colder months and then they shed in the warmer months to help them remain cool.

Their coats can be brown, black, and yellowish. They often have a variety of distinguishable marks that identify one from the next. They can also have some white on the tips. This helps them to remain well camouflaged in the wild.

The African Wild Dog is found in various locations around Africa. They live in a very diverse area around this habitat. They are often found along the plains but they also live in the dense forest regions. They are commonly found along the savannas and the arid zones. They will move around in a large habitat range so that they can have the best opportunities to find their prey.

This canine is very social and it is also very intelligent. They are curious creatures and they will investigate their surroundings. They may live alone or in a small group which helps them with their socialization. They develop a hierarchy when they live in groups. There can be from 7 of them to 15 per pack. Those that are living alone may have been exiled from a pack or they are young and looking to create their own pack. 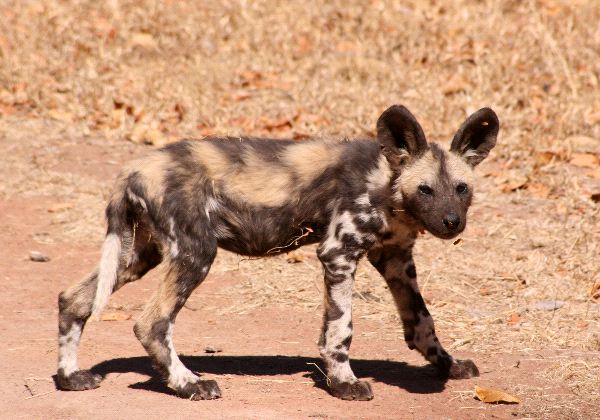 The African Wild Dog is carnivorous and they are also scavengers. They will look for food and take any opportunity to get it. They often consume the remains of what other predators have left behind. They are also very skilled hunters who will prey on the weak animals. While some think that this is very harsh, they actually offer a very important role in the wild. They help to maintain the value of quality genetics among the various animal species.

They hunt in a very strategic manner with several of them from the pack circling around the prey. This allows them to close in on it and to significantly reduce the chances of their prey getting away. However, it also means that the African Wild Dog has to hunt lots of food to be able to provide enough for the entire pack.

The hierarchy will determine who eats and they will eat all they want before the next in the levels are able to eat. This can mean if there is a lack of food that the lower level pack members aren’t going to get enough. Sometimes they will choose to leave the pack to forage for food and then start their own pack.

Only the alpha male and alpha female in the pack will mate. Other males and females will help to protect the young and to care for them. She may have from 2 to 20 pups per litter, being the average 8. After mating the female will carry the pups in her body for a period of 2 ½ months before they are born. They will be blind and helpless but soon they will open up their eyes. They consume milk from the body of the mother. The average lifespan for the African Wild Dog is 10 to 12 years. 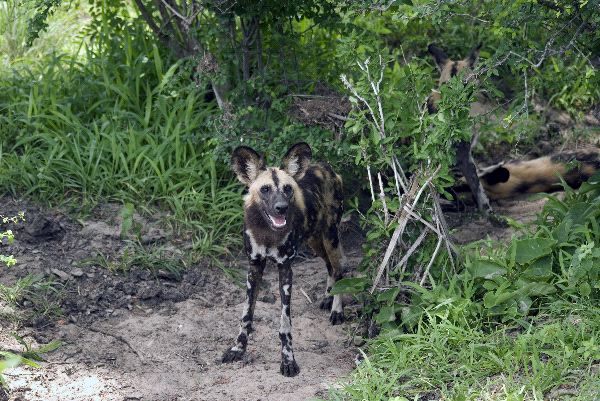