The Aardvark is certainly a very interesting looking creature. The name means Earth Pig and when you check it out you will likely agree it is a very fitting name. When fully mature the Aardvark is between 3.3 and 4.3 feet tall. The males may weight up to 140 pounds. The females are quite a bit smaller with a weight of about 110 pounds. The overall size though will vary based on location and the availability of food.

As the name indicates, the Aardvark has a body very similar to that of a pig. However, it has a rounded hump towards the back of it and a very long snout. It has long ears that are pointed at the top like those of a rabbit. They also have a very long tail that is thick and very similar to that of a Kangaroo. They have very sharp claws that make it easy for them to dig tunnels.

The Southern part of Africa is where the Aardvark is found in the wild. They are found South of the Sahara where it is very hot and dry. They dig tunnels and spend most of the daylight hours under the ground. This offers them solace from the heat and it also gives them a place to avoid predators. Today you will also find them in zoos around the world.

The habitat where this animal lives is extremely hot during the day. They are nocturnal so they will find a cool place to rest during the day and then be active at night. They may travel long distances at night in order to find the food resources. They tend to be loners but their habitat can overlap with others. As long as there is enough food the Aardvarks will ignore each other. If food is scarce though they will become aggressive to protect what they do find. 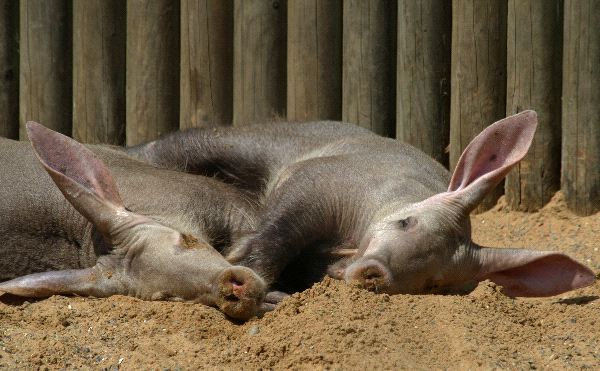 The Aardvark depends on its keen ability to smell in order to find food. They keep their long nose to the ground and that allows them to find what they are looking for. The most common food source for them is the Termite. They use their sharp claws to dig the Termite mounds.

They have a very long tongue that they use to stick into the mounds and to consume large numbers of their prey at once. This tongue can be up to 12 inches long. It has a sticky substance on it that makes it harder for prey to get away from them.

While eating the Aardvark instinctively will close the nostrils. This process prevents insects and dust from getting into that part of the body. They have very thick skin too so they are able to dig underground and invade huge ant piles. They won’t be bitten by them as they do so because their skin is too thick.

During mating season the males will start to look for females. The males may fight each other for the right to mate with a female. After mating the couple will go their separate ways. Several months later the female will have one young. Occasionally twins have been identified but it is extremely rare.

The young will be well cared for by their mothers for the first six months of life. During that period of time she will teach them how to survive, how to dig, how to find food, and how to take care of all their needs. This enables the young to have the best chances of surviving on their own. The average lifespan for the Aardvark is 18 years in the wild and 23 years in captivity. 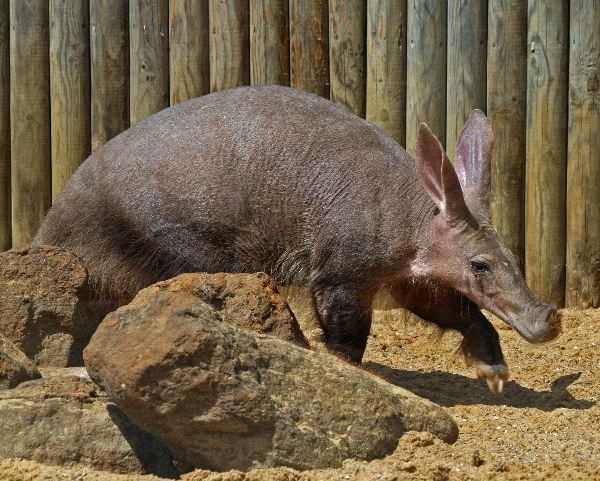